For a lot of fans across the country who have wondered if Wizkid was going to finally headline a concert in Nigeria this year, guess the answer is yes!

Wizkid just announced a couple of dates and venues he will be playing at. Of course, it’s not beans to get Big Wiz at any show right now. He’s the hottest dude on the continent, I mean, so yeah, he’s in demand.

Tickets for one of the shows, which will take place at Landmark Beach in Lagos on the 31st of December, are selling for N25k for early bird regular. And then there’s a premium ticket going for N50k. 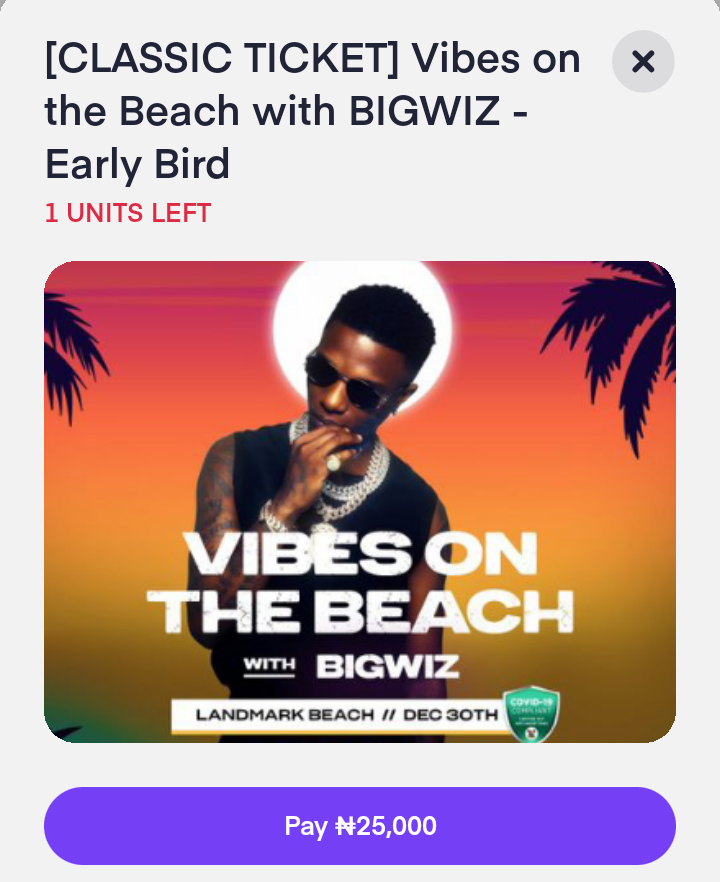 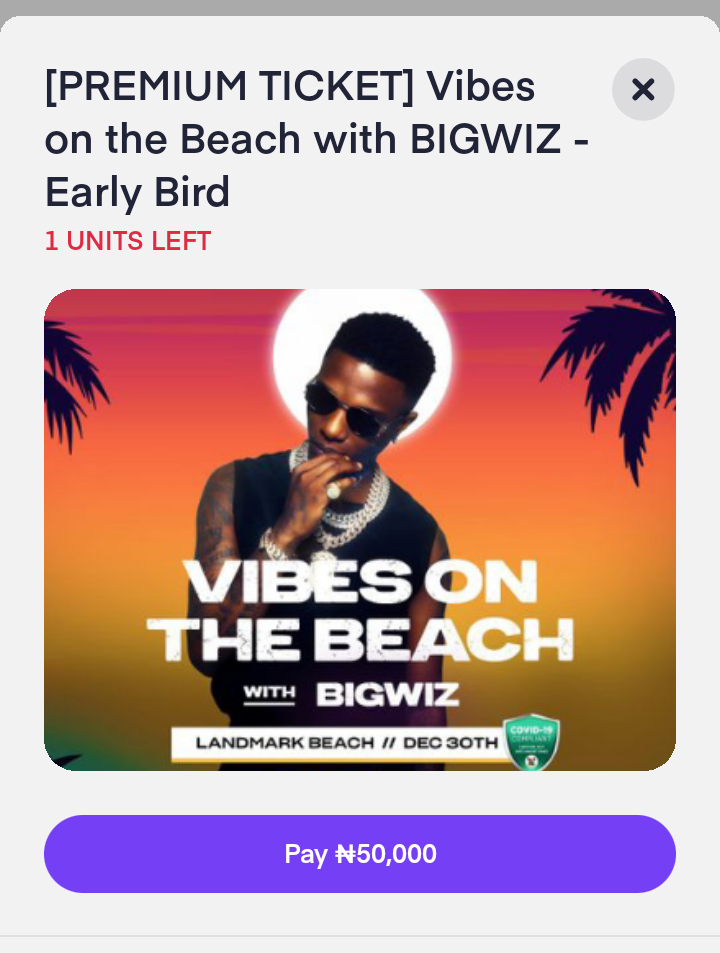 I don’t need to say that N25k in this economy is a lot and the average WizKid fan probably wouldn’t be able to afford that for just one show.

It’s one thing to claim to love WizKid, it’s another thing to be able to back those words up with action and pay a fortune to watch him perform a couple of songs.

What do you think about this ?

We want to hear from you all.