Update:- Why we cannot ban Baba Ijesha from theatre association, by Mr Latin 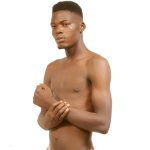 Veteran Nollywood actor, Bolaji Amusan aka as Mr. Latin has stated why one of his colleagues, Olanrewaju James alias Baba Ijesha cannot be banned from Theatre Arts and Motion Pictures Practitioners Association of Nigeria (TAMPPAN).

Amusan, who is chairman of TAMPPAN, was reacting to the ongoing alleged child molestation case against Baba Ijesha

The Nation reports TAMPAN had in a statement, earlier condemned the defilement allegations levelled against Baba Ijesha, vowing to support the government to ensure that ignoble acts are checked within the society.

In a recent three-minute video shared on Amusan’s Instagram page obtained by The Nation, the veteran Yoruba actor condemned the alleged actions of Baba Ijesha.

Amusan stated he has been inundated with calls from different persons to ban Baba Ijesha from TAMPPAN.

He however stated categorically that Baba Ijesha was never a member of the association and so cannot be banned.

He stressed as a colleague in the industry, the best he could do is to condemn the act labelled against Baba Ijesha, adding no right thinking human will do such a thing Baba Ijesha was alleged to have done.

Shawarma Is Causing Prolonged Erection In Ibadan – Dr Cries Out

Fireboy DML Reveals Plans To Take 5 Fans To The Studio

24H VIDEO OF THE WEEK

24H SONG OF THE WEEK

Buju BNXN – In My Mind (A Colors Show)